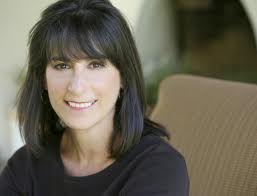 While the theory of time travel has been hypothesized by Einstein followers and science fiction authors alike, I’ve found great music can take you to places you’ve been and send you to places you never imagined you could go—all without traveling at the speed of light and having to contend with one hell of a bad hair day.

I’ve been a fan of Karla Bonoff since the late 90’s when a girlfriend introduced me to Karla’s New World CD on a small stereo in a quiet apartment aglow with soft lamplight. The heart-felt lyrics and soft melodies amplified the warmth and contentment I felt that night with songs unfamiliar to me yet engaging and memorable like a chance encounter with a long lost relative. Karla Bonoff’s music made a lasting impression on me, and when I learned about her recent concert in Melbourne, Florida, I seized a pair of tickets and marked my calendar for Thursday evening, January 26th.

Looking back on forty years of great memories, I can honestly say I carry few regrets—though waiting more than a decade and a half to see Karla Bonoff in concert is one of them. The instant she took the stage at the Henegar Center for the Arts, I was captivated by her voice, which sounded every bit as rich and soulful as the vocals on her CDs. From my center stage seat in the upper tier of the quaint community arts center, I enjoyed the perfect vantage point to watch this Southern California native perform in an intimate, community theater venue. Surrounded by fans who grew up with her music around the time the Carter administration took office, I could see the years had been kind to Karla, who projected a gracious stage presence. She sang on key from her first note to her last with a perfect pitch and a beautiful tone throughout both of her forty-five minute sets. In addition to her God-given voice, I admired Karla’s ability to seamlessly transition between acoustic guitar and grand piano, employing the diversity of both instruments to accentuate the melody and lyrics behind her music in the absence of background vocals, keyboards, percussion, or bass guitar.

That said, I give huge props to Karla’s guitarist, and only accompaniment, Nina Gerber, who played rhythm guitar with a few solo riffs to highlight her prowess on the electric six string. An exquisite musician in her own right, Nina owned her guitar like it was a natural extension of her body. Effortless. Inspiring. In a class all her own. Nina played guitar with the confidence and vision of a master potter sculpting warm clay, bending notes at will to achieve the perfect balance between playing the music as written and infusing her own interpretation. Her laid back style served a perfect complement to Karla’s style, accentuating the acoustic guitar and piano without ever overpowering the vocal performance. A demure instrumentalist, Nina spoke to the audience in eloquent chords played with the intensity and perfection of someone who’s devoted their life to their art. I felt her performance was worthy of a concert in itself. What I would give to take lessons from an artist of Nina’s caliber. If only talent like hers could be taught.

Throughout the evening, Karla engaged her fans between songs, poking fun at ex boyfriends and reminiscing about a few significant events in her life that I’m sure in many ways helped shape the poignant spirit of her music. In one of my favorite moments of the evening, Karla warmed up on piano while she introduced one of her most successful singles, “New World.” During her brief monologue, she described the song as one she’d discovered after a fifteen year stretch of writer’s block. In her words, she simply plucked the song out of the air. I share a similar philosophy, where the perfect lyrics and melody preexist in some semblance of our creative minds, or perhaps woven in the fabric of our universe, waiting patiently for the right moment to be discovered and brought to life. For Karla Bonoff, fifteen years was certainly a long time to battle writer’s block. From my perspective, “New World” was worth the wait. Why I waited so long to hear Karla Bonoff sing in concert defies logic, given how I enjoyed every song she performed, including, “Tell Me Why,” “Someone to Lay Down Beside Me,” “Falling Star,” “Lose Again,” “Isn’t it Always Love,” and “All My Life.”

No doubt Karla’s voice has matured with age, but in a good way, molded by life experience to reflect the emotion in her lyrics. In my opinion, Karla’s ability to connect her music with her audience makes her one of the most talented singer/songwriters I’ve heard. Although perhaps not quite as well known as some of her peers, I consider Karla’s music on par with the likes of Linda Ronstadt, Olivia Newton-John, Carly Simon, and Mary Chapin Carpenter to name a few. Some believe Karla Bonoff is one of the more underrated singer/songwriters of her generation. I tend to agree but for reasons that aren’t entirely clear to me. Her music carries mass market appeal, though interestingly enough, I thought her voice sounded even better live than it does on her recordings—a peculiar circumstance almost always oriented the other way around. In an industry often driven by fad, fame, and fortune, true talent is often obscured by gimmicky acts, talent-deaf music moguls, and greedy conglomerates who control the airwaves. Not to say Karla’s music hasn’t been successful, as she’s spent years behind the scenes writing hits for other artists while continuing to promote herself.

In all, I found Karla Bonoff’s performance at the Henegar Center captivating from the first note to the last. More than a talented singer you go to hear, Karla Bonoff is an artist you experience. For there is something familiar and comforting about her music, supple and timely like a favorite leather jacket, yet with an almost intangible quality to heighten your senses. I look forward to hearing Karla perform again as she ventures toward the true pinnacle of her career. Until then, I’ll slip my headphones on and enjoy a private Karla Bonoff concert. Maybe do a little time travel myself.